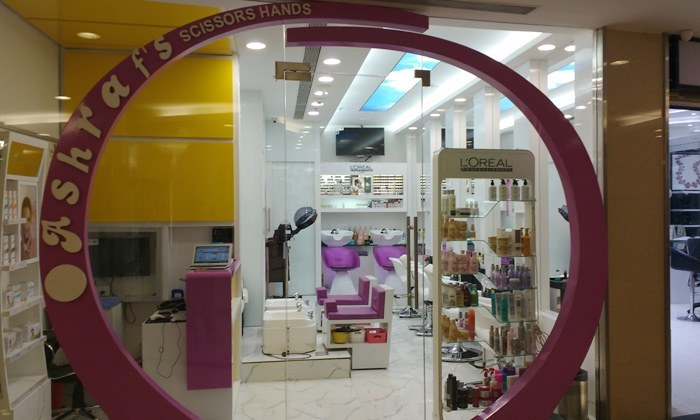 Ashraf's Scissors Hands Salon is owned by Mumbai's famous Hair stylist and Businessman Mr. Mohd Ashraf Salmani. He has an eminence experience of 20 years in hair dressing , He has various specialized certifications from L'oreal & Jo Hansford, U.K, Mr Ashraf Salmani has worked with various beauty salons such as Stylo, Frieda and many more, later he developed his own business of salon in the year of 2008, started from Powai Hiranandani and immediately within a year the second salon in Mulund was made and later on Vile parle, Nahar, Marol, Kurla was created. After having experience of last 20 years Mr. Ashraf Salmani was ready to share his experience and train the town's next generation of stylist in his 1st Academy which is launched in the year 2013.